Scottish independence would have a negative impact on security 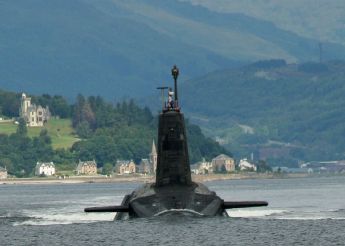 For most of the past few weeks, debates about Scottish independence have focused on the financial impact of separation, dominated in turn by the currency debate. Indeed, what independence will mean for defence and security have been obscured by this debate. Unfortunately, as with currency and EU membership, the SNP seems to have a penchant for having its cake and eating it. The party has laid out defence priorities without due consideration for cost, nor has it considered the degrading of its own (and UK) capabilities by doing so. Its impact can be analyzed at two different levels: first, it can be examined at the transatlantic level, in the realm of intelligence and defence; second, at the UK level, and how it will affect the defence of the British isles.

The Scottish White Paper, released by the SNP, identifies five defence priorities for an independent Scotland:

In addition, the Paper also states that Scotland would establish a Scottish intelligence agency (SIA), that would combine the work of the three agencies that currently do such work in the UK, MI5, MI6, and GCHQ. The White Paper also establishes that Scotland would seek to remain inside NATO, playing a more ‘Nordic’ role in defending the Alliance’s northern maritime border.

Scottish independence would affect transatlantic security at two levels: at the five eyes, intelligence-sharing level, and at the NATO level. In terms of the five eyes, an intelligence-sharing network dating to World War 2, which counts the US, UK, Canada, New Zealand, and Australia as members, it’s likely that Scotland would be pushed outside the tent of this force-multiplying alliance. Certainly, the other five agencies would seek to continue a relationship with the new SIA, due to their areas of common concern such maritime security and terrorism. They might even lend a hand to ‘capacity-building’, helping the new agency get on its feet. But in terms of sharing wider global intelligence, there would be little incentive to share too much with an untested and potentially leaky new agency.

Furthermore, though the new SIA could potentially professionalise quickly with a cadre of Scottish employees from UK agencies, it would have to make do with fewer resources – the White Paper claims a minuscule £2.5 billion per annum without reference to start-up costs, no small matter for developing costly cyber defence capabilities. In terms of intelligence-sharing, it would be a question of what Scotland brought to the table to justify it. The Home Secretary, Theresa May, has argued that this would be a two-way vulnerability, as Scotland would be a soft target for foreign intelligence services, impacting the UK as a whole.

Another area of concern involves the SNP’s goal of remaining inside NATO while at the same time reducing NATO’s nuclear capabilities in the form of a Trident base at Faslane. This is one of the most incredible cases of cake/eating put forward by Salmond. By removing one of only two independent nuclear capabilities in Europe, the SNP will be hurting its own case for NATO membership – indeed, this was discussed at a private meeting on July 6th in the Brussels NATO HQ between Scottish civil servants and senior NATO leadership. At a time of increased insecurity between the West and Russia, chaos in the Middle East, and a potentially ‘revisionist‘ China, the West as a whole will be made considerably weaker. Lord Robertson of Port Ellen, himself a Scot and former Secretary General of NATO, has stated that “the global balance will be substantially upset should one of the West’s key unions and its second-biggest defense power, split up.”

Along with defence capacity, defence industry in both Scotland and the UK will suffer as British companies like Rolls Royce, Thales, and BAE Systems move south of the border. Maintaining their classified building programs in a foreign country would be near impossible without strong intelligence guarantees, something a nascent SIA would be hard-pressed to provide for at least a decade. With such a move, British ship-building would be seriously undermined, possibly forcing London to buy off-the-shelf platforms from NATO providers.

All in all, Scottish independence would not destroy the West or NATO, nor would it lead to irreparable harm to the UK, but it would have negative consequences for UK standing and capabilities, for NATO nuclear deterrence and for the global and European balance of power. For a Scottish nationalist, this may seem a reasonable price to pay, but not all will agree. Their behaviour – though democratic and part of a positive search for identity – will have repercussions, and they should acknowledge them and seek to minimise them. The damage might be relatively short-lived – say a only decade long – if Scottish agencies quickly came up to scratch, the new country spent the required amount on defence (2 per cent of GDP for NATO membership), and if it offered some sort of compromise on the nuclear issue. However, there are a lot of ‘ifs’ before this issue is resolved. We will become extremely familiar with these ‘ifs’ should the vote go against the union on September 18th.

Research and Analysis on the DPRK Leadership

Musings on research, international development and other stuff

If you're in a fair fight, you're using poor tactics

A roundtable of strategists from across all space and time.

a place to discuss real issues

Political Violence at a Glance
My Blog
Ningkang's Weblog

4 out of 5 dentists recommend this WordPress.com site

Variety is the Spice of Life

A new type of alliance

Tokyo Desu
Turkey Wonk: Nuclear and Political Musings in Turkey and Beyond

A PRIVATE BLOG DEVOTED TO FOREIGN POLICY & THE SECRETARY OF STATE

Thoughts on life after the PhD

On the challenges of pursuing justice

Sino-NK is a research website for Sinologists and Koreanists.

News and Feature Articles About China

Analysis of top regional issues from the research team at the Near East South Asia Center for Strategic Studies. Please note that the views expressed on this blog do not represent the official policy or position of the National Defense University, the Department of Defense, or the U.S. government.