South Korea’s stabilization efforts in Afghanistan have not gained a lot of prominence in the Western media, but they are arguably one of the great successes of recent ROK overseas policy and deserve international recognition. The decision, made this September, to extend South Korean involvement in the Afghan theatre for one more year, demonstrates Seoul’s determination to continue its contribution to the stabilization efforts of International Security Assistance Forces (ISAF) and NATO troops and to solidify its Global Korea posture.

However, it is not yet clear if the next administration in Seoul—to be elected this December—will seek to maintain South Korea’s stabilization and reconstruction (S&R) activities as described in CFR’s new ebook Global Korea. It is not beyond South Korea’s capacity to develop the skill sets required for these missions, since they have already – to some extent – begun the process of acquiring and honing them for the last two years building and maintaining a Provincial Reconstruction Team (PRT) in Parwan Province, Afghanistan. However, carrying out S&R work under securitized conditions is a historically unusual activity for South Korea, and much will depend on how South Koreans view the net gain of such operations.

Keeping military personnel in, what are commonly described as, ‘traditional’ roles is a basic assumption of any global military. These traditional roles include war-fighting, defense of state sovereignty, internal security, and, over the last century, disaster relief. Two areas added to this list of functions in the past fifty years have been peacekeeping and stabilization and reconstruction. While disaster relief, peacekeeping, and S&R share commonalities (a high level of civil-military engagement), they have pose different levels of security threats. Of the three, S&R activities are commonly agreed to as having the highest risk factor for deployed personnel since, by its function, development work takes place while a conflict is still on going.

South Korea has three reasons for wanting to carry out stabilization activities. In no particular order, they are: a function of their alliance commitments to the United States; a realization of ROK sense of obligation to ”international society”; and a potential tool necessary in any collapsed regime scenario involving North Korea. (Michael J. Finnegan highlights the potential benefits of South Korea’s S&R activities to the U.S.-ROK alliance in the event of North Korean instability in U.S.-ROK Alliance: Meeting New Security Challenges). According to interviews with South Korean diplomats, development workers, and military personnel conducted this past year, all three factors played a part in the decision to deploy the PRT in Parwan, and were a result of fortuitous timing with South Korean internal politics and internal U.S. alliance dynamics. Whether South Korea wants to retain this capability is essentially a political decision and difficult to predict.

However, should a new South Korean president decide to keep S&R, what do ROK government agencies have to do to maintain this capability? As the involved agencies of the United States and the United Kingdom have learned, S&R is difficult to maintain, requiring intense training and adaption of force postures to the unique practicalities required. Here are some basic recommendations: 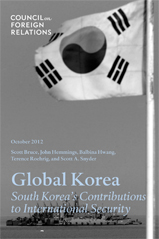 Research and Analysis on the DPRK Leadership

Musings on research, international development and other stuff

If you're in a fair fight, you're using poor tactics

A roundtable of strategists from across all space and time.

a place to discuss real issues

Political Violence at a Glance
My Blog
Ningkang's Weblog

4 out of 5 dentists recommend this WordPress.com site

Variety is the Spice of Life

A new type of alliance

Tokyo Desu
Turkey Wonk: Nuclear and Political Musings in Turkey and Beyond

A PRIVATE BLOG DEVOTED TO FOREIGN POLICY & THE SECRETARY OF STATE

Thoughts on life after the PhD

On the challenges of pursuing justice

Sino-NK is a research website for Sinologists and Koreanists.

News and Feature Articles About China

Analysis of top regional issues from the research team at the Near East South Asia Center for Strategic Studies. Please note that the views expressed on this blog do not represent the official policy or position of the National Defense University, the Department of Defense, or the U.S. government.